Interviewed! Well, that was interesting...! 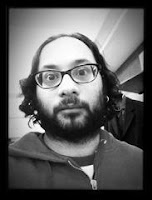 Mikey Goddard, writer, social worker, MA in Creative Writing student at Bolton University, in-house volunteer at the Lancashire Writing Hub for 3 months, and a man who knows EVERYONE (no, really. Everyone.) interviewed me about The Day Job at Lancashire Writing Hub, and now I know for sure that I really do over-use the old exclamation mark! (I rest my case.)

Jane has been The Lancashire Writing Hub Coordinator for two years and took the time to answer a few questions about her role, the many and varied tasks that she faces, and her life as a writer.

What have you found to be the most rewarding and challenging aspects of being the Lancashire Writing Hub Coordinator?
The most rewarding aspects of Co-ordinating the Lancashire Writing Hub are meeting such a fantastic group of writers from all corners of Lancashire – and occasionally beyond! – both online through the LWH website and in person at workshops and our regular Word Soup live literature and other events. There is a great deal of creativity in the North West, and the writers I have the pleasure to work with – whether at events or through the LWH website or by email and on the phone – are from all walks of life and at all stages in their writing careers. So for me, working with all those writers, and helping to create a sense of community amongst Lancashire writers over the past 2 years, has been the most rewarding aspect of the role.
I also have the privilege of working with a talented and dedicated group of writers and artists at They Eat Culture, who all work hard to organise and deliver a wealth of arts and culture activities across Lancashire. The most challenging aspects of the role are the real pressures of time – there are only so many hours in the day and the to-do list never seems to get any shorter!

Could you describe an average day in the life of the Lancashire Writing Hub Coordinator?
Busy! My email inbox is always full – with everything from ongoing organisation of the next event, to queries from writers, to notifications of new opportunities and events going on in the region. Now we have the Guest Editors for the LWH website, instead of managing the website myself I liaise with the Guest Editor regarding the articles they’d like to submit and so on, and also liaise regularly with our team of volunteer copywriters regarding new articles. I also plan and organise new events & liaise with writers participating in these – such as writing workshops and live events like Word Soup etc. And that’s just in the mornings, ha ha!

What other responsibilities do you have as well as supervising volunteers and guest editors?
Apart from all those things I just mentioned, I also work alongside the rest of the They Eat Culture team to plan new events, and keep the whole project not only rolling along but developing new resources and opportunities as often as we can. For instance, we’re keen to build on the great success of the Guest Editor placements to offer opportunities to writers more interested in the performance side of writing than the copywriting and online side of things – by seeing if writing groups or like-minded writing friends want to host their own live literature night at our Word Soup events. Our next Word Soup is going to be exactly that – poets Rachel McGladdery and Vicky Ellis are putting together their own line-up for May 31st. I’m really looking forward to it!

How does the Lancashire Writing Hub help to promote a supportive and nurturing environment for writers and writing in Lancashire and further afield?
I think first and foremost by being a Hub of resources writers can dip into for whatever they are looking for – just by existing it helps writers to realise they’re not alone. LWH began life as the Preston Writing Network – developed by Preston author Jenn Ashworth, and later funded by Lancashire County Council Arts Unit and Preston City Council when it evolved into the Lancashire Writing Hub under They Eat Culture. It had become apparent within just a few months that writers from across Lancashire were keen to be involved. When I took over as Co-ordinator of the project from Jenn in March 2010, it had just metamorphosed into the Lancashire Writing Hub, and it’s been great to have spent the past two years helping it develop into what it is today.
The workshops and other events plus the online website are fantastic – and the Facebook and Twitter pages are there too for many writers who connect with one another online. I think the internet itself has been one of the most liberating things for writers anyway, and having an online writing community you can get in touch with if you want to – or to just know it exists for you to use as you wish, even if you don’t want to get actively involved – helps writers to know they’re not alone. It can be a lonely business, being a writer – at whatever stage you’re at – so having somewhere you can find out what other writers are up to in Lancashire, and where you can find out about any events you might want to go to as well as loads of links to online resources to help you develop as a writer if that’s all you want, is brilliant. There’s always the danger of spending too much time social networking instead of getting on with your writing though!

As well as being LWH Coordinator you are also a writer, can you tell us a bit about your work and other projects you squeeze into a busy schedule?
Well, I don’t spend anywhere near as much time on my own writing as I’d like (but then that’s the case for most of the writers I know!), but I’m really pleased with the feedback my first novel Witherstone is receiving. I think in many senses writers operate in a vacuum to a significant extent, and it’s only when we start to get independent feedback on our writing that all the hard work and anguish feels as though it’s been worthwhile. Then again, if the feedback was less positive, it wouldn’t stop me writing! – I’d just try to take it on the chin (after a good cry and lots of chocolate!) and keep on trying to improve, as for me writing is a necessity. Although I wrote Witherstone for my daughter, first and foremost I write for myself.

You’re right about “squeezing writing into a busy schedule” as it often feels like that. Although I’m now working on the second novel and hoping to get it out into the world later this year, life has a habit of being busy so it’s a question of making time to write – however squeezed it feels at times! It’s the same for most of the writers I meet. Unless you’re lucky enough to secure a 10 book deal and the film rights, most writers have to fit their writing career in around the rest of the claims on their time – family, work, and the small matter of needing to eat and pay the bills. You just make the most of the opportunities you do get and keep on writing.

J. A. Brunning is a former University tutor in English Literature and Creative Writing, and has been Co-ordinator of the Lancashire Writing Hub for two years. Her novel Witherstone is available in paperback and for Kindle on Amazon and her second novel The Hunt Begins is due out late summer 2012. She is on Facebook @Ja Brunning, Twitter @ribblebabel and blogs at http://ribblebabel.blogspot.co.uk/ .

Jane was interviewed by Mikey Goddard who is on a 12 week volunteer placement at the Lancashire Writing Hub, undertaken as part of his M.A. in Creative Writing at Bolton University.
Posted by J A Brunning at 12:15