﻿
Woo hoo!!!!
At last - Lytham Lives - A Community in Writing launches today at a special launch at Park View Community Centre in Lytham.

Lytham writer Alexandra O'Toole and I have had the most unbelievable palaver with our original choice of publishers - so we gave up and did it ourselves, and I have to say the finished product is cracking! :oP

The anthology is a part of the forthcoming Lytham Festival of Stories, a project dreamed up by Alex O'Toole and developed in conjunction with Cath Powell at Park View 4U, and with fantastic support from Lancashire County Council, Fylde Borough Council, and Arts Council England.

We ran writing and conversations-in-the-community workshops in Lytham at Park View and at St. Bede's High School to get the ball rolling, and opened out the invitation to anyone connected with Lytham to submit their contributions to the anthology, and then chose the final pieces to be included.  With specially-commissioned photographs from local photographer Ruth Brooks-Carter, the finished anthology is a fantastic slice of life writing, memoir, and poetry, and a fittingly resonant slice of Lytham past, present, and future - a real festival of stories.

You'll be able to buy your own copy of the anthology from Park View Community Centre, Plackitt and Booth bookshop on Clifton Street in Lytham from 15th July, and from Amazon by clicking on the image of the book here: 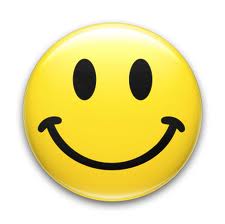 A little Birdie told me that Blackpool’s Grand Words one act play writing competition 2014 is officially OPEN.
Writers in the north west of England and Yorkshire are invited to submit their best work for the chance to win the prize of £100, a cut glass trophy (which they keep for a year) and the honour of seeing their work performed in the Grand Theatre studio.

"The short plays must be written for the theatre, they should last between 20 and 45 minutes, use minimal props and scene changes and be written for up to four actors.  The winners since 2009 are: David Riley, Mary Hodges, Carol Grey, Zoe Lamond, and Theresa Stoker.  David Riley has now taken over running the competition.  Wordpool asked him about the one act play as a mode of expression and the nature of the competition:
Can you define the one act play?
It tends to come down to actions occuring over a shorter period of time on stage. There’s less room for leisurely introductions and the scene must be set very quickly with little overt background to the story. There must still be dramatic tension in what we see I believe, so the one act is not simply a sketch – we must care about what’s going on. There might also be more room for twists in the tale, surprises that don’t need elaborate set up or resolution.
How popular is the form nationally/internationally?
The form is a persistent one. Authors tend to like the challenge of what can be done in a limited time. There are several events, ranging from the annual Preston one act festival (coming up soon) to competitions run for the form in various places in the United States, for example.
What are the benefits of writing to this format?
It offers an exercise in conciseness. It also challenges the writer to think about the essential elements of the story they want to put across. They have to think about such things as stereotypes (which are not always a bad thing, for getting across some key aspects of personality, say) and how they get across key ideas. There’s not really time for sub-plots in a one act play – so how can an idea that might have been developed there be examined?
Where should writers go for tips or inspiration?
There are several books of one act plays and the greats of playwriting have done them, including Anton Chekhov and Noel Coward, for example. Books of short scripts for different mediums are available but don’t forget the differences between where a play might be performed. A stage play is not something that can easily do rapid cuts between locations and scenes. While such things might work in your head or on television, do they work on stage? One main thing people can do for inspiration is go to the theatre, see how it works.
What are the benefits of winning the competition?
It can encourage writers to continue their work and perhaps develop longer plays, with the help of institutions locally such as universities and theatres. Some work by participants has been on elsewhere (the previously mentioned Preston one-act festival and the Preston Tringe festival, for example). The theatre is unlikely to make you rich but it is good if you like collaborative work and can be a springboard for other types of work.
You won the competition and now you run it. What has that journey been like?
The competition running is hard work. There has to be a lot of publicity and the organising of the various evenings of announcements and presentations. It is a useful thing to do as it does offer chances both regionally and locally to those interested in theatre writing.
Entry forms for this year’s competition are available now from Blackpool libraries and the Grand Theatre and entries are accepted until late August. Full details are on the form. An electronic version can be obtained from od_ghoti@hotmail.com."

Just coming up for air after spending a few weeks researching beneath the surface of the earth (plot-spoiler alert so I shall say no more ) and am emerging as a very Happy Bunny having found two brand new shiny 5* reviews
for Witherstone and The Hunt Begins!
~ 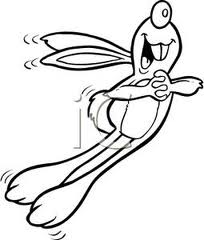 TerriAnn says Witherstone 'is a brilliant read' and in The Hunt Begins 'the pace and excitement grew' to such an extent that 'I won't be walking through the Wild Woods at night...' !


Read the Reviews in full here!
postscript: Just shows you that hiding from Facebook isn't always a good plan - I just found another fab review on there from Teresa -
The "Witherstone" trilogy, by Jane Brunning (a friend of my brother's) - a brilliant read, set in 17th century England...as one Amazon reviewer puts it, you become "...immersed in superstition, magic and dark political forces...a story about real life struggle. The plot is gripping and the narrative carries the story with pace..." The characters, especially the heroine, Eppie, are very real and engaging, and you really feel for her as she battles to try and save her family...so brave, and yet so vulnerable...
I could go on...but read it yourself and see...available from Amazon, Waterstones (Preston)

Now, back down the tunnel...