Kevin Brooks finds the overlap between the human and the not-human a fertile breeding ground in more than one of his novels. While Being is in many senses more disturbing an exploration of this than iBoy in philosophical terms, iBoy is an intelligent mix of technology with profound questions about what it means to be human, centring on the ethics of violence. And Brooks isn’t afraid to tackle some pretty grim stuff about what human beings are capable of doing to other people. The story (as you might guess from the title) ties in to the contemporary technology of smart phones very effectively, pushing the relationship between the human and technology - not least the vast wealth of information on the internet - to new levels.

A fairly common “local boy trying to save his best friend / girl friend” theme does form a core focus of the story in iBoy, but that’s where any idea of the story having been done before ends. Something truly terrible has occurred, and Tom Harvey arrives in time for an extraordinary meeting with an iPhone, and this meeting takes Tom and the story into a sci-fi thriller territory which combines a kind of graphic novel superhero with gritty urban realism, the whole thing carried by a story which never lets moral and philosophical questions slip out of it for long.

Brookes explores the relationship between the human and technology through a true internalisation of that relationship, and yet tackles some seriously difficult social issues in iBoy. These issues range from those power struggles and elements of bullying often inherent within the hierarchy of teenage relationships, extending into gang culture and on into adult criminal gangs, and through to truly appalling violence perpetrated against mothers, grandmothers, teenage girls and boys.

This violence is, however, placed in its context of power relations, and includes misogyny and the idea that people are pawns in a game to the powerful – to be abused as punishment, including to punish someone other than the victim. The violence is brutal, and while the narrative points out how and why it occurs and that it is explicitly unacceptable, ultimately this only applies to the innocent because the graphic revenge meted out to the deserving bad clearly isn’t included in the morally reprehensible nature of the violence meted out to the innocent - albeit this moral questioning does form an equally important part of Tom’s journey.

Brooks’ prose is straight to the point, and utilises factual information about how technology operates with great effect in the narrative, leaving the poetry all in the content in iBoy, and particularly in Tom’s almost philosophical experience of the relationship between technology and the human through his perception of himself within that relationship. But at the heart of iBoy is a compelling story of violence and revenge, and of Tom’s need to make sense of and find his physical and moral place in his world.

iBoy is available from Libraries or from all good bookshops.
This review of iBoy is part of a series of reviews for the British Books Challenge 2012.
Posted by J A Brunning at 16:16 No comments:

Witherstone reviews have been a great boost, from 'a really outstanding read' and 'genuinely ‘unputdownable’', to a 'gripping' and 'enormously tense' novel which 'was still circling through my mind long after I’d finished'. 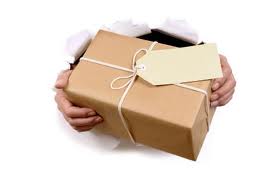 So in a sudden rush of blood to the head, I'm offering the next THREE purchasers of the Kindle edition of Witherstone a FREE copy of the paperback - signed by The Author!

So if you've been thinking about buying Witherstone and can't decide between the Kindle edition and the paperback, this might help you make up your mind!

The Kindle edition costs £3.93 and the paperback retails on Amazon at £8.11 so if you're in the fastest three, you'll get both versions for less than £4.00!

Interested? All you have to do is buy the Kindle edition then email your Amazon purchase confirmation email to jabrunning at witherstone dot com [with the @ and the . in the right places, all lower case, no spaces], and the first three confirmations to land in my inbox get a free Witherstone paperback posted out to them - signed by my good self.

'so much to love about this book' - Witherstone goes International! 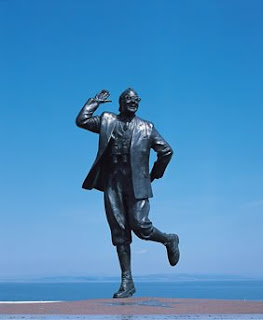 By T. Stoker (Greece) - See all my reviews

'There is so much to love about this book, I hardly know where to begin.
Yes, a well-crafted plot, an exciting story and a vulnerable yet brave heroine we can readily identify with make this an unputdownable adventure story. But for me it was the quality of the writing that made this novel more than just a heart-thumping good read. There are descriptions of nature that give a wonderful sense of immediacy. There are the tiny details of everyday life that put you right there in seventeenth century England. The author clearly knows the period well, from politics and religion to folk-belief and food, but none of this is laboured. JA is too subtle an author to foreground her research at the expense of the story.
But for me what lingers of the book is the extraordinary and seemingly effortless evocation of family life. The unspoken love that binds a family together through unbearable hardship and unspeakable fear makes this more than a historical novel. It makes it a book for all times and places.
Having read the book myself, I bought it for a teenage friend and continue to recommend it heartily to everyone who will listen. Am I becoming a Witherstone bore?'


Not boring me! Fab reviews such as this are what keeps me going - so thank you T. Stoker!! x
Posted by J A Brunning at 09:50 No comments: 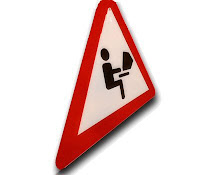 Update 2012: work on The Book of Shadows is now underway - watch this space!

The Hunt Begins - book 2 in the Witherstone trilogy - is now available!

Also, Good News - the Witherstone paperback is back in stock on Amazon.

The Kindle edition of Witherstone is now only £1.54 - a bloomin bargain for a book people are calling:

'a really outstanding read – good old-fashioned storytelling, in the very best sense; engaging and gripping as only the most skilfull writing can be'

Thanks goodness for Kindle, though, it never sells out!  Latest review for Witherstone: "a gripping read! ... excellent plot teeming with excitement".

Anyone in desperate need of the paperback and can't wait for Amazon to re-stock, you can email me or buy from Amazon Marketplace sellers.

Came across this fab "e-reader" which I just had to share... 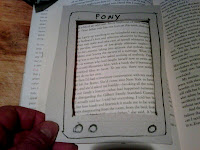 
The new Pony Reader from The Bookseller Crow.

But you will need the paperback copy for this reader.
Posted by J A Brunning at 10:01 No comments:
Newer Posts Older Posts Home
Subscribe to: Posts (Atom)