I'm dead chuffed to be involved with an exciting new Festival for North West writers which is starting this year!

- and is at the beautiful ASTLEY HALL in Chorley.

Astley Hall is a wonderful venue that is sure to get the creative juices flowing for anybody who appreciates good writing. The organisers are speaking to some superb writers who will host some fantastic events throughout the day. Already confirmed are award-winning author Jenn Ashworth and Kindle chart-topping Kerry Wilkinson, plus Ra Page from Comma Press and short story specialist and editor Claire Massey!
More details to come soon so keep an eye on The Word Festival blog.

The event is aimed at fiction and non-fiction authors, copywriters, ghostwriters, journalists, editors and lecturers – add any other category here if you don’t fit into any of those!

The Word Festival will have the run of the coach house, which houses the excellent Cafe Ambio and is situated next to the walled garden. Astley Hall will also be open and FREE on festival day, so writers can take a peek at this Elizabethan manor when they’re all written out.

Put 22 September in your diary now. Tickets will be on sale shortly.

Keep an eye on The Word Festival for more details over the coming weeks…
J A Brunning at 17:10 No comments: 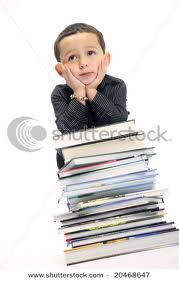 The Society of Authors are campaigning to encourage reading for pleasure in schools and have written to Schools Minister, Nick Gibb, making recommendations regarding school libraries, teacher training and author visits, and to request a meeting to discuss practical strategies to further the Government response to the Henley Review and Ofsted’s Moving English Forward.

In their letter to Nick Gibb, they make the following three recommendations:

1. Primary and secondary schools should be required by law to have a school library and a trained librarian.
2. Teachers, in all stages of their careers, should be supported through a range of initiatives (detailed in the letter) to inspire a love of reading for pleasure in their pupils.
3. Schools’ use of author visits and longer residencies should be accredited by Ofsted.

See the Reading for Pleasure Campaign - Society of Authors for more information.
J A Brunning at 09:00 1 comment:

The Word Soup Womanhood night - aka The Red Tent Edition - was a true feast of North West literary talent, incorporating the highs, lows, sadness, humour, downright rudeness, and above all wonderfully diverse creative talent of Womanhood.

Dreamed up by Rachel McGladdery and cemented over contemplation of an Erica Jong poem with Vicky Ellis, these two intrepid writers pulled together a strong line-up of writers from across the North West, and put on a memorable night of live literature. Although the fabulous Rachel McGladdery was unable to come along herself and will have to make do with the film of the evening (hopefully on the LWH YouTube channel very soon!), Vicky was a fab compere for the evening and started us all off with two of Rachel's poems - including one of my personal favourites and a perfect fit with the theme of the evening, "Gypsy Nanna King", truly goose-bumpingly beautiful poetry.

Carys Bray (aka Scott Prize Winner 2012!) presented us with a thought-provoking short story which took us on a poignant journey through parents' quest for rescue and redemption, witnessing the miraculous rescue of other people's sons to the realisation of their own hopelessness in the face of their own son's entrapment in a hell of a different kind. Fabulous stuff, and we can see why Carys won the Salt Publishing 2012 Scott Prize. Ann Wilson (aka Ann The Poet), pulled us all into a very different mood with a fabulously humorous array of poems and a lively set on the theme of womanhood, and I was personally really pleased to be able to see Ann perform at last as I hadn't up until now! Kim Moore (aka Eric Gregory Award & Geoffrey Dearmer Prize 2011, The Poetry Business Pamphlet Competition 2012), was a compelling stage presence, presenting a memorable selection of poems on the theme, "Suffragette" and "Boxer" in particular were truly and goose-bumpingly magic.

Sarah Miller (aka poet and playwright, co-editor of Best of Manchester Poets 2 and making new plays with Barrow Youth Theatre, and whose online presence I can't find for love nor money!) gave an equally riveting and memorable performance which included poems about growing pains and a magic dress which didn't lead her quite where she intended (I'll never look at a man named Robert Johnson or a cheese sandwich in the same light ever again), but my personal favourite from Sarah's set would have to be "Still Orbiting the Sun" - brilliant. After the break, Danielle Rose (aka a shopaholic blogger from Blackpool) got the second set off to a fabulous start with her wonderful poems and natural stage banter (so I was amazed when she said she was very nervous) - and the highlight for me would be hard to choose from such a great set but if pushed it would have to be the poem about her self (in response to people who think poems are automatically biographical) as this was an excellent piece. Next up was, erm, oh, me, pulling the jolly mood down several notches to a more sober place with one of my short stories, "Faery" - but luckily Vicky Ellis (aka prize-winning performance poet, storyteller, singer-songwriter, editor and an excellent compere!) was on hand to pick up the mood again at once with the poem from Erica Jong encapsulating what the evening was all about, and with an often disturbingly sensual selection of her own poems (well it is disturbing if you find yourself listening to erotically-charged farmyard creatures!), and the much less visceral but highly-entertaining "Diamonds".

The open mic set was short but definitely sweet with two brave men, Michael Neary, and Nick (really sorry didn't catch your last name!) tackling the subject of Womanhood with aplomb, and Lorna Smithers and Jeanette Greaves entertaining us with a beautifully written and delivered poem on the one hand and an entertaining tale about a hoped-for transformation which ended rather unexpectedly on the other.

A fabulous night all round, with thanks to the multi-talented Rob Talbot for his expertise and support in helping to stage the whole event (- and congrats on the progress of the book, Rob!), to the Lancashire Writing Hub, They Eat Culture, and The Continental for making all this possible, and to Vicky Ellis who co-organised the whole caboodle with the fabulous Slam-winning poet Rachel McGladdery who was sorely missed and we hope to see you back up on that stage asap Raich!

This review was written for the Lancashire Writing Hub.
J A Brunning at 12:30 No comments:
‹
›
Home
View web version